The highest point is called Karakuni-dake (韓国岳), which means Korea-peak, and some posts say that it is in reference to being able to see Korea from the summit. We stayed a while at the summit, and I saw no Korea. (To be fair, even if I did see it, I probably would not have recognized it haha)
Oh, for this mountain, hike feasibility depends on both weather alert (buses don't run with strong typhoons) and volcanic alert.
Budget: JPY4,260 (~USD41)
Hike Date / Difficulty (Elevation: 1,700m / 5,577ft) 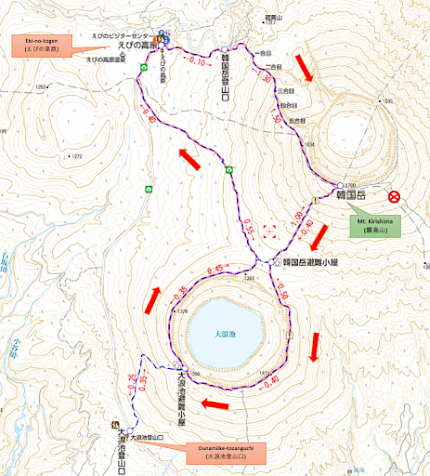 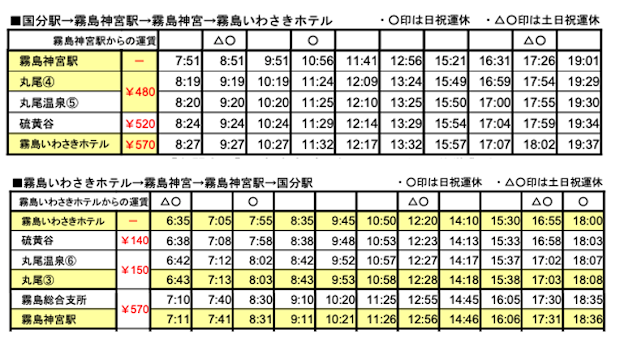 Bus schedule, Kirishima-Iwasaki Hotel (霧島いわさきホテル) to Ebi-no-kogen (えびの高原) / Ounamiike-tozanguchi (大浪池登山口)
The pink one is the original per website, but I found it difficult to read so I prepared another summary.

Comments are like mail in my postbox. Such a nice surprise. ^__^